Community of Hate: "One individual wrote me a death threat on how he was going to rape and murder me."

I'm an optimistic guy. Most of the time i try to stay positive. If I hear something bad about someone, I stay sceptical until I hear his side of the story. With that attitude, I feel increasingly uncomfortable in the international gaming community.

Thousands of gamers seem to spend their days in forums, talking about the downfall of the videogame industry. The focused hate on the evil establishment, on various allegedly greedy men in suits from EA and Activision seems to form a bond between people. 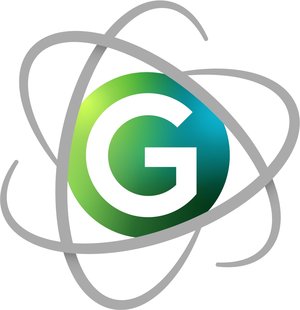 If thousands of gamers are busy attacking everyone who seems to hurt the video game industry, there isn't too much time for details. In the course of the last few months there were more and more examples of small events being completely blown out of proportions.

In my last column I talked about Adam Orth – but his case was a mild example.

Lauren Wainwright, a british freelancer, went through a similar situation and told me about how it feels to be in the middle of a giant shitstorm.

At the end of last year she decided to defend a few journalists who participated in a contest to win a Playstation 3 on Twitter. That whole scenario was heavily criticised in a piece on Eurogamer by Rab Florence.

When Lauren tweeted about how she saw nothing wrong with the contest, her whole Twitter account was stuffed with Tomb Raider pictures: „My Twitter did look like a Tomb Raider advert at one point but it wasn't intentional in that respect. No one has ever paid me to advertise a product or write about one in a positive light. I simply liked the new art and, as a very excitable person, I shoved it straight up and tweeted without thinking.»

Because of Lauren's defense of said journalists and her obvious love for Tomb Raider, Florence called her out by name, saying she now looked suspicios to him. He also made it very clear that he doesn't accuse Lauren of being corrupt, but he did say it made her look suspicious.

Lauren panicked. In an E-Mail to Eurogamer she told them to delete these parts of the article, calling Florence's statements libelous. Today, she regrets that: „If I were in the same situation today, I'd have probably not emailed Eurogamer late at night when in tears.  That was a big mistake - but I still think what they did and how they acted was totally wrong. But I was a twat as well. So, you can't win.»

Lauren admits that she made mistakes, especially because she was overwhelmed by the sudden interest the whole gaming industry suddenly had in her.

However, even that isn't a requirement to provoke a shitstorm like this. Anita Sarkeesian, media critic and founder of Feminist Frequency knows that all too well. She started a kickstarter campaign, seeking funds for her video series „Tropes vs. Women in Video Games“. The first of twelve videos already got released.

I don't want to rehash arguments in favor or against „Tropes vs. ...“, Tobias already did that for me in his article Sexism and Games. I want to talk about the reactions Sarkeesian got for her kickstarter campaign -  and those were, no matter if you agree with her or not - quite shocking.

Every single article and statement being in favor of trying to empower women not only in video games but also in the video game industry is met with dozens and hundreds of comments denying the problem even exists or calling the whole debate annoying.

For many, Anita Sarkeesian represented that discussion, proving to be an easy target for all the hate people felt for those journalists and developers who wouldn't just let it go. And they used that target - for abuse, death threats and even a flash game, allowing people to punch Sarkeesian in the face and turn it into a bloody mess.

Sadly, that was no exception and Lauren can tell very similar stories:  „I had about 3 months of constant hate mail, messages, abuse and such. I've had my phone number and address posted online and it's actually very frightening the amount of people who called my number, signed me up to various „services“ and such. One very angry individual wrote me a few thousand word death threat on how he was going to rape and murder me.

The sad thing is that people don't question anything. They just read it and assume it's all true. One individual wrote a long post about me, and the wording was extremely loaded. Links to interviews were called press releases and anyone not actually clicking on those links just assumed they actually were. Just unfair really. »

So, what did she do to deserve such treatment? Eurogamer took her accusations of libel very seriously and decided to delete the part of the article calling out Lauren. Of course, that only made her look more suspicious and people began to look into her history as a freelancer in the business. What they found fit the bill. Lauren wrote two so-called „Mock Reviews“: Reviews written for the internal use of video game publishers, so they can assess how the media will react to their game.

„Sadly, if you like a product people then assume you're sold to that company. It's ludicrous. I've seen journalists say they like Call of Duty and been called Activision shills. I've been called a Square Enix shill because I happen to love Tomb Raider and have done two mock reviews for the company.

It's difficult to explain to people because they just see that a publisher has paid you to do work for them and I understand how that looks. The basics of it is: You go in, write an honest review of a product for internal use. That's it. I've never written any advertorial, marketing or helped with PR plans. I wrote a review.

I'm also one of the very few mock reviewers who publically state the work I've done. Mock reviews have been demonised for what they actually are and I think the community would be shocked with how many trusted and loved journalists partake in it in secret.

Also, it's never is seen by the public, does not influence them, and it doesn't make me like a companies products any more or less. It's just work at the end of the day.  If the new Tomb Raider was crap, I'd be the loudest about it. Thing is, if this whole gig was as dodgy as some people think it is then I assure you that a lot of us would not be doing it. »

But soon what she did or didn't do wasn't important anymore. The press and gaming community saw a twitter account full of Tomb Raider pics and that she worked for Square Enix. For many there could only be one answer: Lauren had to be corrupt. The story was heavily featured in many international outlets. Again panicking, Lauren made the ill-informed choice to delete public records of her work for Square Enix, which in turn only made her look even more suspicious. Sadly, according to Lauren, very few journalists actually tried talking with her before writing their story.

„I think Kotaku was the only publication interested in finding out exactly what happened and writing that instead of just slamming my name Reading about a a dodgy journalist is more exciting than reading about a mix up. People love to hate on someone and I was that target.“

In a great story on Kotaku she got the chance to explain herself. According to her, that wasn't the case for stories by Penny Arcade Report and Forbes.

„I got a rather hasty message from Penny Arcade Report who demanded a quote within five minutes when everything was really kicking off. He had already formed quite a nasty opinion of me so I didn't even reply.“

Forbes said they reached out for comment, which they did not. I've since spoken to the writer of that article and found out that the article was written out of pure reaction rather than all the truth. So that's a little unsettling especially since I'd have love to have spoken to them at the time.»

Forbes editor Erik Kain stated in the comments section of another article, that Lauren „completely shut herself off, isn't answering questions from the press“.

The picture was clear: All the evidence spoke against Lauren, the press had already made up their mind about her and she said almost nothing – not only because she was hardly ever asked for her point of view: „It's difficult to speak out when your boss has asked you to not talk about it and any slight response is met with nasty remarks.

Plus a lot of people chose to ignore anything I was saying because it was obviously fun for some to just point the finger and scream. When I did try to speak out a lot of the positive reactions came privately. I posted on Neogaf and anyone who agreed with points I had decided to PM them to me instead of post publically which I found extremely odd. »

For the gaming community, the case was closed. Lauren was guilty and had to be punshied. What followed were tons of abuse and hatemail.

My point is this: Even if all the accusations directed at Lauren were true, the way she was treated cannot be defended. There is no excuse for hate of such degree.

Because this story proved all the prejudices many people have against video game journalists, it just had to be right. And in the eyes of quite a few people that seems to be enough to spread personal contact addresses and start some kind of hate campaign. Again, the gaming community found another bad guy they could unload all the frustration they felt about the gaming industry on. It doesn't matter if the person is called Lauren Wainwright, Anita Sarkeesian or Adam Orth – if the video game collective decides you have to be punished, you will be punished. And that fact makes me sick to my stomach.